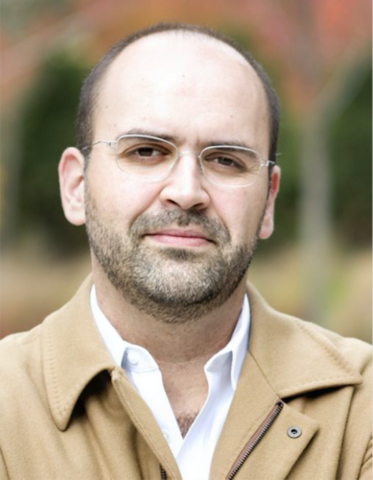 With deep sadness we share the news that Professor Nuno Monteiro, associate professor of political science at Yale and former director of International Security Studies (ISS), died on May 5 in Portugal.  His funeral was held three days later at the Igreja do Santíssimo Sacramento in his hometown of Porto.  Nuno was just fifty years old.  He leaves behind his wife Audrey Latura and his two young children, Sebastian and Ava.

At Yale, and within the wider ISS community, we mourn a scholar and friend gone much too soon, as we remember Nuno’s outstanding academic achievements, his kindness, and his generosity to students and colleagues alike.

Nuno was known at Yale not just for his capacity to think – and he was one of the smartest people in his field – but also for his ability to connect with students and young scholars as a teacher and mentor.  In the days after his death became known, an overwhelming number of people came forward to talk about how he had changed their lives through his teaching, but also through his ability to listen and give good advice.

Many former students called Nuno the greatest teacher they had at Yale.  One of them said that she was in her “current graduate program because of his guidance and mentorship, studying topics that, for the most part, he facilitated my interest in, or outright introduced me to.”  There are hundreds of Yalies who will have similar stories to tell, though Nuno would never brag about his influence.  He was a man of great humility, to whom sharing a good joke was more important than being noted for the impact he had on people’s lives.  Nuno seemed happiest, not when lecturing from the front of the classroom, but when having lunch with his graduate students, holding court at his usual table down the block from the Jackson Institute and Political Science Department in Pauli Murray College.

At ISS Nuno will be remembered as a leader who helped create a unique atmosphere of rigorous mentoring, scholarly collaboration, and great fun.  He encouraged political scientists to read history, and he could even entice the historians to read political science.  Fritz Bartel, now at Texas A&M, who served as Nuno’s deputy director at ISS, remembers that “our fellows knew that Nuno firmly believed in the promise of their work and was eager to do what he could to help them fulfill it.  And the reason he showed so much belief in such a wide array of students - beyond his genuine decency and generosity - was that he maintained a firm … intellectual belief in the value of all approaches to international politics, ranging from the most fine-grained historical research to the experimentalists in his own discipline.”  Through his wide-ranging intellectual curiosity, Nuno helped make ISS the center for multi-disciplinary research on international security that it remains today.

Nuno Monteiro was born in Porto in 1971 and received his B.A. from the University of Minho in 1997.  He received his doctorate in Political Science from the University of Chicago in 2009, studying under Professor John Mearsheimer, and joined Yale the same year.  His research centered on questions related to the threat and use of military force, the role of power in inter-state relations, and the historical evolution of the global system.  His first book, Theory of Unipolar Politics, had and still has a remarkable impact.  “Now that [Kenneth] Waltz has passed away, Monteiro seems to be claiming his mantle as the most self-consciously structural-realist theorist in the discipline,” Robert Keohane wrote.  “Monteiro shows that realists are not necessarily pessimists: He views major powers as able to moderate their aspirations and make cogent judgments of costs and benefits. Theory of Unipolar Politics … presents a creative, theoretically sophisticated, and tightly argued case for what one could call optimistic realism.”  Nuno’s second book, Nuclear Politics: The Strategic Causes of Proliferation (with fellow Yalie Alexandre Debs), analyzes the strategic conditions that make nuclear proliferation more likely and then discusses sixteen historical cases of attempted or successful nuclear acquisition.  It was published in 2016 to great acclaim.

As reported by the Yale Daily News , Nuno’s death caused an outpouring of grief across campus, not just from his own colleagues, students, and mentees, but from people who had met him at the university.  He will be much missed at Yale.  Here at ISS we will remember Nuno for his scholarship and his sense of fun, but most of all for his ability to make people, whoever they were, feel included and valued within our community.

We encourage you to read additional tributes and share your memories about Nuno, which the Jackson Institute plans to provide to his family. Nuno’s political science colleagues also have set up a GoFundMe page to support the personal and educational expenses for Sebastian and Ava.